We use cookies to ensure that we give you the best experience on our website.
Tennis lesson with instant digital download on sale for 50% off. Dismiss 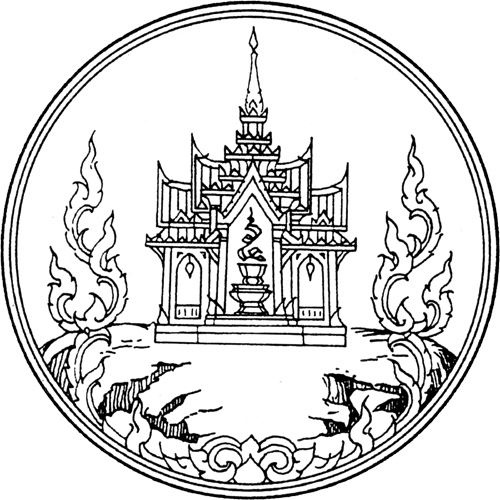 Tennis lesson with instant digital download on sale for 50% off. Coupon Code: get50

Market Urbanism examines how market forces and respect for property rights enable complex, yet vibrant and economically robust communities and regions to emerge through the “spontaneous order” of the land use and transportation marketplace.

When left to market forces, as opposed to intervention, land use patterns and transportation systems better reflect the diverse needs and desires of individuals in society. Such a society would be economically and environmentally more efficient and just than when imposed in a top-down fashion by government.

As a follower of the Lord Jesus Christ, Christians are committed to the historic doctrines of Biblical Christianity, as revealed in the Bible (2 Tim. 3:16-17). Relying exclusively upon God’s infallible Word, we boldly confess that:

Our church is not new. We trace our historical roots to the sixteenth-century Protestant Reformation and its seventeenth-century doctrinal statement, the Westminster Confession of Faith, along with its Larger and Shorter Catechisms.

Please use this church locator to find an Orthodox Presbyterian Church near you.

Why the Austrian School of Economics?

Due to its approach, the thinking of the Austrian (or Viennese) School of Economics (“Austrian Economics”) is able to explain economic relations and their social and political implications in an extremely accurate and accessible way. It is not based on a fictitious homo oeconomicus, but on people as they really are and as they behave. It adequately takes into account the economically relevant aspects of the real world and is consistent with the nature and psychology of human action. In this way, it also corresponds to the citizen’s common sense.

The Austrian School of Economics promotes an economic and social thinking that is not trapped in unrealistic, mostly mathematical models. It does not see the economy as an object of state political regulation and central, almost engineering-like control. Rather, its analysis focuses on autonomous entrepreneurial action and the free interaction of individuals in the marketplace, which eludes both the logic of differential equations, and centrally planned political control.

The basic, generally understandable insights of the Austrian School of Economics provide citizens with the necessary knowledge to recognize the political seductions that threaten freedom and prosperity, and motivate them to develop independent entrepreneurial initiative in all areas of society. If citizens lack basic economic literacy, they easily become the playthings of irresponsible politicians, passive recipients of state benefits, and helpless victims of bureaucratic procedures.

Move on, a Stoic would tell you. Learn from it and move on. Don’t dwell on things you cannot change. Move on, and there is always another tomorrow. Another new life.

They are the most essential values in Stoic philosophy. “If, at some point in your life,” Marcus Aurelius wrote, “you should come across anything better than justice, truth, self-control, courage—it must be an extraordinary thing indeed.” That was almost twenty centuries ago. We have discovered a lot of things since then—automobiles, the Internet, cures for diseases that were previously a death sentence—but have we found anything better?

…than moderation and sobriety

…than truth and understanding?

No, we have not. It’s unlikely we ever will. Everything we face in life is an opportunity to respond with these four traits:

If you’ve read Cormac McCarthy’s dark and beautiful novel All the Pretty Horses, you’ll remember the key question that Emilio Perez asks John Grady, one that cuts to the core of life and what we all must do to live a life worth living.

“The world wants to know if you have cojones. If you are brave?”

The Stoics might have phrased this a bit differently. Seneca would say that he actually pitied people who have never experienced misfortune. “You have passed through life without an opponent,” he said, “No one can ever know what you are capable of, not even you.”

The world wants to know what category to put you in, which is why it will occasionally send difficult situations your way. Think of these not as inconveniences or even tragedies but as opportunities, as questions to answers. Do I have cojones? Am I brave? Am I going to face this problem or run away from it? Will I stand up or be rolled over?

Let your actions etch a response into the record—and let them remind you of why courage is the most important thing.

Of course, life is not so simple as to say that courage is all the counts. While everyone would admit that courage is essential, we are also all well aware of people whose bravery turns to recklessness and becomes a fault when they begin to endanger themselves and others.

This is where Aristotle comes in. Aristotle actually used courage as the main example in his famous metaphor of a “Golden Mean.” On one end of the spectrum, he said, there was cowardice—that’s a deficiency of courage. On the other, there was recklessness—too much courage. What was called for, what we required then, was a golden mean. The right amount.

That’s what Temperance or moderation is about: Doing nothing in excess. Doing the right thing in the right amount in the right way. Because “We are what we repeatedly do,” Aristotle also said, “therefore excellence is not an act, but a habit.”

In other words: Virtue and excellence is a way of living. It’s foundational. It’s like an operating system and the code this system operates on is habit.

This is great news. Because it means that impressive results or enormous changes are possible without herculean effort or magic formulas. Small adjustments, good systems, the right processes—that’s what it takes.

Being brave. Finding the right balance. These are core Stoic virtues, but in their seriousness, they pale in comparison to what the Stoics worshipped most highly: Doing the right thing.

There is no Stoic virtue more important than justice, because it influences all the others. Marcus Aurelius himself said that justice is “the source of all the other virtues.” Stoics throughout history have pushed and advocated for justice, oftentimes at great personal risk and with great courage, in order to do great things and defend the people and ideas that they loved.

Countless other activists and politicians have turned to Stoicism to gird them against the difficulty of fighting for ideals that mattered, to guide them towards what was right in a world of so much wrong. A Stoic must deeply believe that an individual can make a difference. Successful activism and political maneuvering require understanding and strategy, as well as realism… and hope. It requires wisdom, acceptance and also a refusal to accept the statue quo.

It was James Baldwin who most brilliantly captured this tension in Notes of a Native Son:

It began to seem that one would have to hold in mind forever two ideas which seemed to be in opposition. The first idea was acceptance, the acceptance, totally without rancor, of life as it is, and men as they are: in light of this idea it goes without saying that injustice is commonplace. But this did not mean that one could be complacent, for the second idea was of equal power: that one must never, in one’s own life, accept these injustices as commonplace but one must fight them with all one’s strength.

A Stoic sees the world clearly…but also sees clearly what the world can be. And then they are brave, and strategic enough to help bring it into reality.

Courage. Temperance. Justice. These are the critical virtues of life. But what situations call for courage? What is the right amount? What is the right thing? This is where the final and essential virtue comes in: Wisdom. The knowing. The learning. The experience required to navigate the world.

Wisdom has always been prized by the Stoics. Zeno said that we were given two ears and one mouth for a reason: to listen more than we talk. And since we have two eyes, we are obligated to read and observe more than we talk as well.

It is key today, as it was in the ancient world, to  be able to distinguish between the vast aggregations of information that lay out there at your disposal—and the actual wisdom that you need to live a good life. It’s key that we study, that we keep our minds open always. You cannot learn that which you think you already know, Epictetus said. It’s true.

Which is why we need to not only be humble students but also seek out great teachers. It’s why we should always be reading. It’s why we cannot stop training. It’s why we have to be diligent in filtering out the signal from the noise.

Thousands of years of blazing insight are available to the world. It is likely that you have the power to learn anything you want at your fingertips. So today, honor the Stoic virtue of wisdom by slowing down, being deliberate, and finding the wisdom you need.